A Beginner’s Guide to the Siamese

Blue-eyed, talkative, and with pointed features, the Siamese is the second most popular breed of cat across the world. One of the oldest breeds around, the Siamese originated in Asia and is now commonplace across every continent. This blog post will delve more into this vocal breed.

It is commonly believed that the Siamese was first bred for domestication in Asia in the 14th century, as this was the first time that the Siamese appeared in Thai scripture. Since first being domesticated, the Siamese has found it way into Thailand royal families as well as The White House! U.S President Rutherford Haye’s wife, Lucy, was gifted a Siamese cat called Siam by a U.S diplomat serving in Thailand.

The Siamese is a medium-sized cat with a long body that is graceful, elegant but still has a muscular feel. The legs are slender and the overall shape of the body is balanced. From front-on, the face resembles a triangle tapering in straight lines to a pointed muzzle. A large set of ears help to compliment this angular look. A long tail helps to keep this sleek, slender cat on its feet. The coat is short and has a a pale body that contrasts with dark colours at any points. All Siamese cats have electric blue eyes and are easy to groom as they shed a minimal amount. A weekly brush is all that is required as well as continuous dental hygiene.

If there is one trait that Siamese are well known for, it’s their vocal temperament. They will happily have a conversation with their owners at any time of the day. This is an extroverted breed with strong personalities, who seek out attention and demand to be part of the wider family. They are highly intelligent cats who need to be kept entertained, exercised and require the company of others.

While some Siamese cats have been known to live beyond 20, this breed can be susceptible to respiratory and dental issues. They can also suffer from complications due to crossed-eyes and kinked tails. As with all cats, we would recommend that continual visits to the vet are kept up to ensure that they are in pristine condition and that their weight is keep down to a sensible level. Being an inquisitive and curious breed, Siamese cats need to be kept active and stimulated.

The Siamese is second-only to the British Shorthair as Britain’s most popular pedigree cat. Having graced Thai royalty and The White House, it’s easy to see why.

Keeping cats’ teeth clean and in pristine condition is often an overlooked aspect of cat ownership. Indeed, eight out of ten cats over the age of three will develop some…

Cats Love To Be Up High. Why?

What is it about cats and being up high? The vast majority of breeds love to seek height, whether that’s up a tree, on a shelf, on top of the… 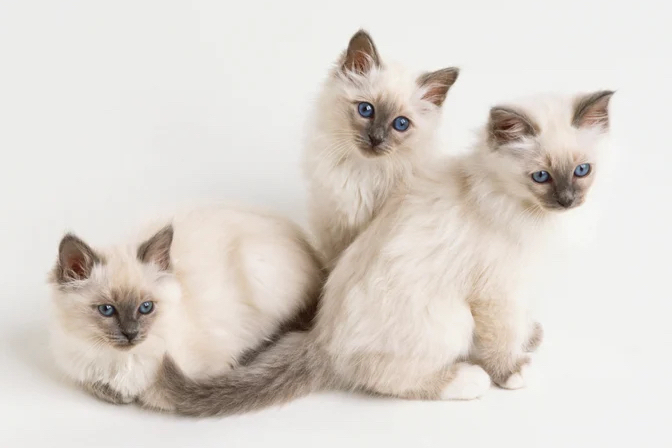 Do you want to enhance your cat’s environment an

Is today a climbing, sleeping, scratching or obser

And streeeeeeeeeeetch 🙆 Meet Moss, part-time yo