A Beginner’s Guide to the Ragdoll

We have explored a number of popular cat breeds in our “Beginner’s Guide” series of blog posts. Today, we’ll delve into the loveable, playful and doglike Ragdoll. This gentle, laid-back and kind creature is sure to be a hit with almost anyone with a heart. This guide to the Ragdoll explores all you need to know about this cat, including its history, temperament — and what to expect when you have a Ragdoll in your family.

The Ragdoll is the nation’s fifth favourite cat breed. These cats are fluffy, affectionate and playful, with large blue eyes and a keen brain. Ragdolls are intelligent and eager to please. As their name suggests, they are known to go floppy and put up little resistance when picked up — either by their owner or by a stranger. This trait, along with their long, silky fur, makes Ragdoll cats sought after by many.

The Ragdoll is a relatively young breed. First bred in California in the 1960s, the initial development programme of the Ragdoll selected cats based on their gentle, placid personalities, as well as their longhaired coats. The breed exists today thanks to Ann Baker of Riverside, California, and Josephine, a domestic longhaired white female cat, who Ann bred with other, free-roaming longhaired cats.

In 2000, after 40 years of breeding, the Cat Fanciers’ Association gave the Ragdoll full recognition.

Ragdolls are perhaps most renowned for their vivid electric-blue eyes. They are also heavy-boned and have strong, sturdy bodies. Their silky coats are another defining trait and come in a vast array of colours and patterns.

Ragdolls are in no rush to grow up, retaining their playful, kitten-like nature for years. This makes them a great fit for families with young children. While the average cat is mostly fully grown by the age of one, Ragdolls grow in spurts until they are about four years old.

In their infancy, Ragdolls often have a healthy pad of fat, which is normal and natural during these early stages of development. It’s important to ensure that a Ragdoll has plenty of food to fuel its growth until it reaches mature size. It’s also vital that a Ragdoll has a lot of exercise, as this breed is prone to obesity.

You might also want to check out: How to Get a Fat Cat to Exercise.

If you’re into your longhairs, you may well have heard of the Ragamuffin and you might be wondering what the difference between a Ragdoll and a Ragamuffin cat is?  The confusion is understandable. Both are large, beautiful, soft-haired breeds with lovely temperaments.

The similarities between the two are no coincidence. These cat breeds are related. Ragamuffins are created by cross-breeding Ragdolls with other longhaired cats.

The differences between the two breeds are largely down to appearance. Ragdolls always have marked points. They also have blue eyes, while a Ragamuffin cat can have eyes of any colour. Ragdolls are also more playful, while Ragamuffins are calmer. Ragdolls are also higher maintenance. A Ragamuffin’s coat is much less likely to mat than a Ragdoll’s. What’s more, a Ragdoll will — as we’ve mentioned — go limp when picked up. This trait isn’t usually present in a Ragamuffin.

This breed is one of the largest domesticated cat breeds. Male Ragdolls weigh anywhere from 5.5 to 9 kilograms, with females ranging from 3.5 to 7 kilograms.

One of the Ragdoll’s most enduring traits is its love for owners and people. Ragdolls are well-known for collapsing into the arms of anyone who holds them or snuggling up in a lap. They can also disappear to find a quiet place for a cat-nap and have a reputation of being “couch-potatoes”. That being said, they aren’t altogether inactive. Ragdolls can learn quickly and can play with toys, communicate with owners and pick up tricks with positive reinforcement — all of which makes the Ragdoll an adorably doglike cat.

All in all, Ragdolls are docile creatures that have a nice manner and are easy to live with. Ragdolls will prefer to remain on a level with their owners and will not seek out the highest points in the room.

Ragdolls are longhaired cats, so you have to expect a certain amount of shedding from this breed. But they don’t shed as much as you might think, given their thick coats. The temperature, season and their diets will all have an impact on how much they shed. In the winter, your Ragdoll will develop a thicker coat, which they will have to shed come spring.

Frequently grooming your Ragdoll will prevent them from developing tangles. It will also help avoid skin problems. Get your Ragdoll cat accustomed to grooming at an early age. We recommend brushing them twice a week to keep their coat soft and silky. Use a soft-bristled brush so your cat won’t have so many objections! You should also consider ending a grooming session with a treat, to encourage positive associations.

The average Ragdoll cat will live between 12-15 years. Regular check-ups with a vet are essential for the health and longevity of any pedigree cat.

Although the Ragdoll is a generally healthy breed, it has a few known health issues. You should make regular appointments with your vet to ensure your Ragdoll remains fit and healthy.

Due to its placid, laid-back nature, the Ragdoll is an ideal family cat. These cats will rarely extend their claws and are willing to be played with — and they love to be loved. We would recommend any child is supervised when playing with such a large cat, however. It’s for the cat’s safety as much as the child’s — this chilled out cat can be so docile they allow young children to get away with excitable behaviour that might actually do them damage.

It is also vital that a child provides a Ragdoll with the necessary support when picking up. The Ragdoll is happy to live in the company of other cats and is accepting of dogs due to its amiable disposition. However, introducing pets slowly into the family is always advisable.

With their electric eyes and sweet-natured disposition, it’s easy to understand why Ragdoll cats are a favourite in Britain’s homes. They’re relatively easy to look after and a rewarding breed — but be sure to give them the time and affection they need.

If you’re looking to spoil and treat your furry friend, our luxury cat furniture is a must-have. Check our stylish range and help your cat live its best life.

Cat health and well-being.
Cats deserve the best. They deserve to be active, to be entertained, to stretch, to climb and rest. To play out all of their natural instincts where they feel safest – at home. Our range has been designed to cater for these instincts and provide the most enjoyment possible. 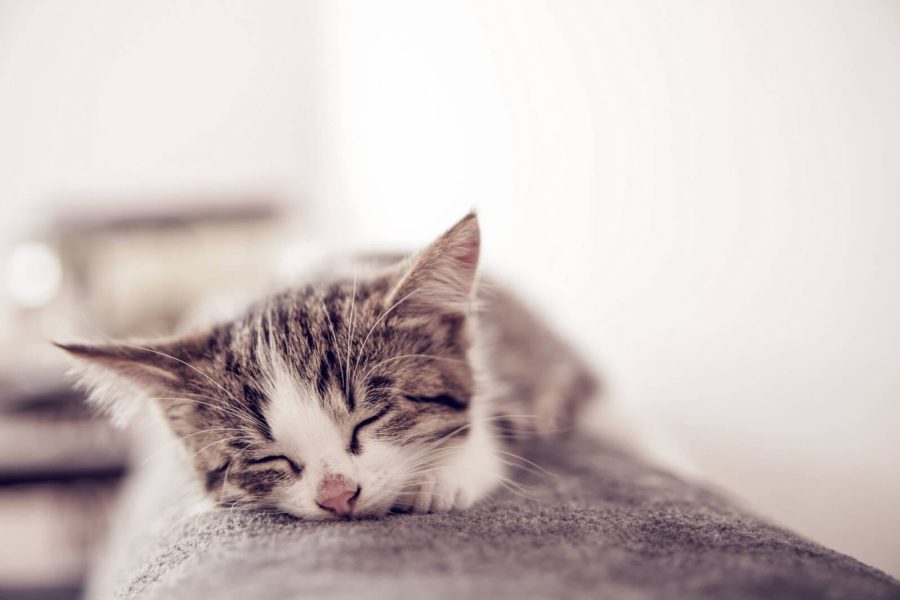 Why Do Cats Sleep So Much?

All of you want to watch them play, but they’re on their tenth nap of the day.  You might wonder —  why do cats sleep so much? Our cats might… 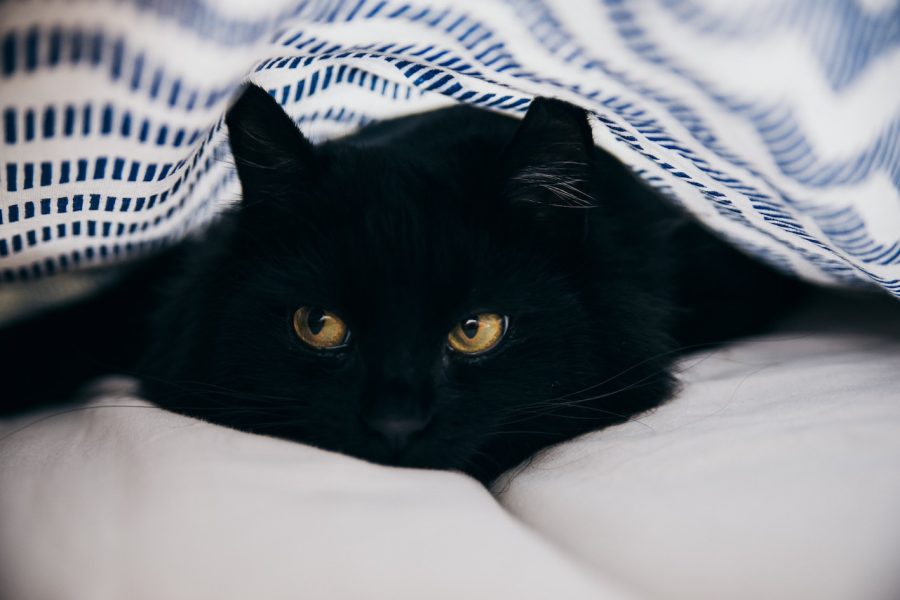 Cats’ eyes might almost seem magical, but we promise, it’s all science. Let’s answer the question: why do cat eyes glow in the dark? If you ever find yourself staggering… 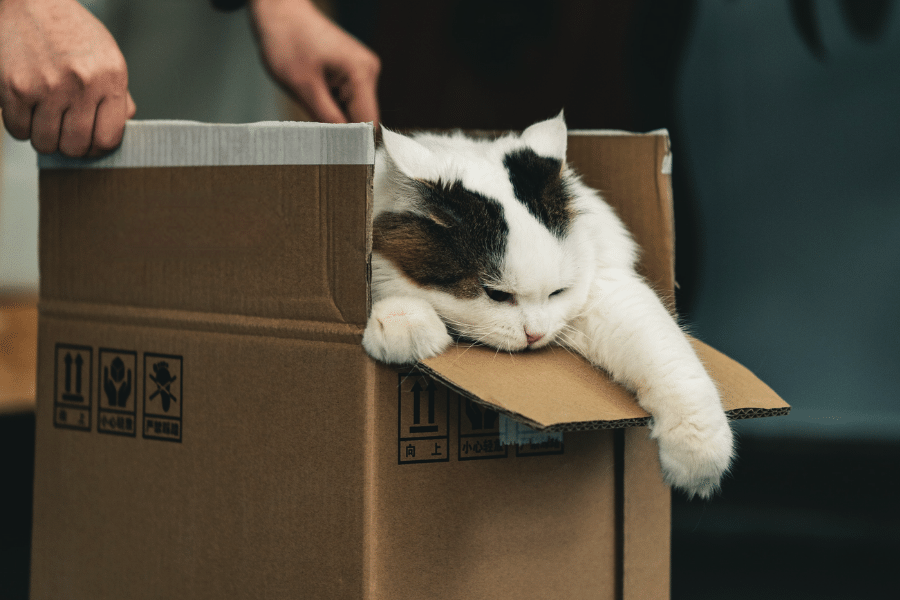 Let’s get into the “if I fits, I sits” mentality — why do cats like boxes? And what’s behind this strange, adorable cat behaviour? If there’s one thing cats and…

Another fab installation by our partners at @prote